Despite its public image as an engineering discipline, there’s an awful lot of art in writing software. As with any art, there’s often a lot of experimentation and not all of it pays off.

It’s been eighteen months since the last release of Yummy and, while you might have concluded that it is no longer being maintained, the truth is mostly there in the first paragraph.

Yummy 3.4 is both less and more than it was originally intended. Many new features ended up on the cutting room floor. Some were good ideas that just didn’t work well. Some turned out not to be possible. Some were too ambitious. Some will hopefully return, others will not. 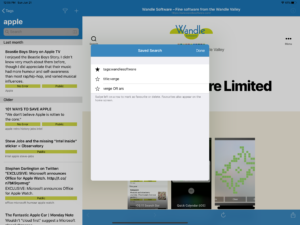 Anyway, it’s now with Apple and should be on your device shortly. Here’s what you can expect.

There are also some “behind the scenes” changes that you shouldn’t notice but you never know.

The minimum supported version of iOS is now 11.4.